Women in theatre: leading ladies and their place as role models

2019 is already breaking records, but we need more balance.

March 8th marks International Women’s Day, and in a time of #MeToo and #TimesUp, this day is more important than ever. It may only last one day but its meaning and intention is something that should last all year. 2019 has marked improvements in some areas, with a record number of women sworn into US congress in January, the doubling of firms committed to advancing women’s equality in the workplace as reported in Bloomberg’s Gender-Equality Index (GEI) and the many conferences – such as the 2019 ILO – to have issues related to gender equality on their radars. Though we are making moves in the right direction, there’s still a long way to go until we truly have equality across all boards, giving rise to the significance of this year’s theme. #BalanceforBetter calls for equal representation of women and more balance between genders to allow communities to thrive. So now more then ever we need to celebrate and further drive strong, independent female representation in the media. That’s why we are casting our gaze to the theatre in a celebration of leading ladies on and behind the stage.

The role of Margaret New is integral to the story and a true beacon of contemporary times. Her overwhelming love and support that pours out of her for her drag-queen son is heartwarming – and there’s an important lesson to learn from her in modern motherhood in accepting your children as they are in a world where pre-historic ideas of sex, gender and sexuality are slowly being faded out.

This production was developed by an all-female award-winning creative team; the product is a sophisticated and empowering musical described as a ‘monumental contribution to Broadway’. Waitress features a soundtrack by multi-Grammy nominee, Sara Bareilles, a book by screenwriter Jessie Nelson and direction from Tony Award winner, Diane Paulus, who expressed hope that the Waitress team were paving the way for younger women to say: “I can do that!” ‘Waitress’ is showing at the Adelphi Theatre now. 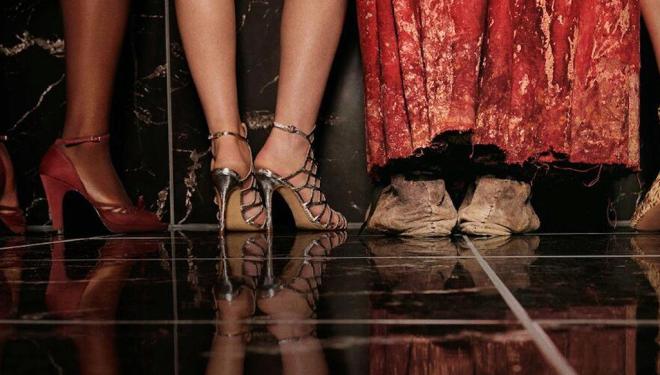 Based upon Caryl Churchill’s 1982 seminal, ‘Top Girls’ surrounds female ambition and overcoming obstacles in the crusade for equal rights. Though Churchill wrote ‘Top Girls’ during the 80’s and Thatcherism, the themes are still as relevant today as they were back then. The story centres on Marlene, the first woman to take charge of the Top Girls employment agency, who unites powerful women of history at a dinner party bursting with dazzling conversation and surrealism. Just think of the amazing women role models featured in this theatre show!

Whilst the Merry Murderesses of Chicago might have taken their cause too far (don’t murder people, guys), we all know that fiction is never meant to be taken literally. Instead, these women represent taking charge of your life, your sexuality and yourself. None of these women let themselves be stepped on, nor do they apologise for looking out for themselves because after all, how can you be there for others if you aren’t there for yourself first.

Buy tickets to The Lion King

In any conversation about women in theatre, Julie Taymor cannot be forgotten. She is the first woman to win the Tony Award for direction thanks to her work with Disney’s The Lion King, as well as winning another for the Original Costume Design. Taymor is credited with ingeniously designing the elaborate and game-changing costumes, masks and puppetry in the legendary musical. Her work has been described as ‘breaking the mould’ when it comes to theatre.

As well as Disney’s The Lion King, Taymor has worked on the Broadway production of Spiderman: Turn Off the Dark, A Midsummer Night’s Dream and Grounded, a one-woman show featuring Anne Hathaway as a fighter pilot.

The famous country singer wrote the soundtrack for the stage adaptation of the 9 to 5 film in which she co-starred – including the Grammy Award-winning title song in the 1970’s. Parton publicly advocates the musical, believing it resonates with the #MeToo movement and issues related to gender equality in the workplace. After reportedly being hit on for most her life, she believes its necessary to address harassment to women at work, which unfolds through three leading characters who must tackle their sexist boss and represent strong women in theatre.

Elphaba and Glinda lie at different ends of just about every spectrum there is down to the colour palette of their skin, but whilst they may have their disagreements in the musical they are almost two halves of a whole. They are yin and yang, two utterly different yet complementary personalities who help each other on paths of self-discovery. They show to us that despite their differences, women can and should be friends.

The pair direct the first ever company of women of colour in a Shakespeare play on a major UK stage. Their efforts not only play importance to gender issues, but also race and ethnicity, which are particularly prominent in the current political climate. Linton is also taking over the Bush Theatre in London as the new Artistic Director, further propelling women into the limelight in the theatre world. 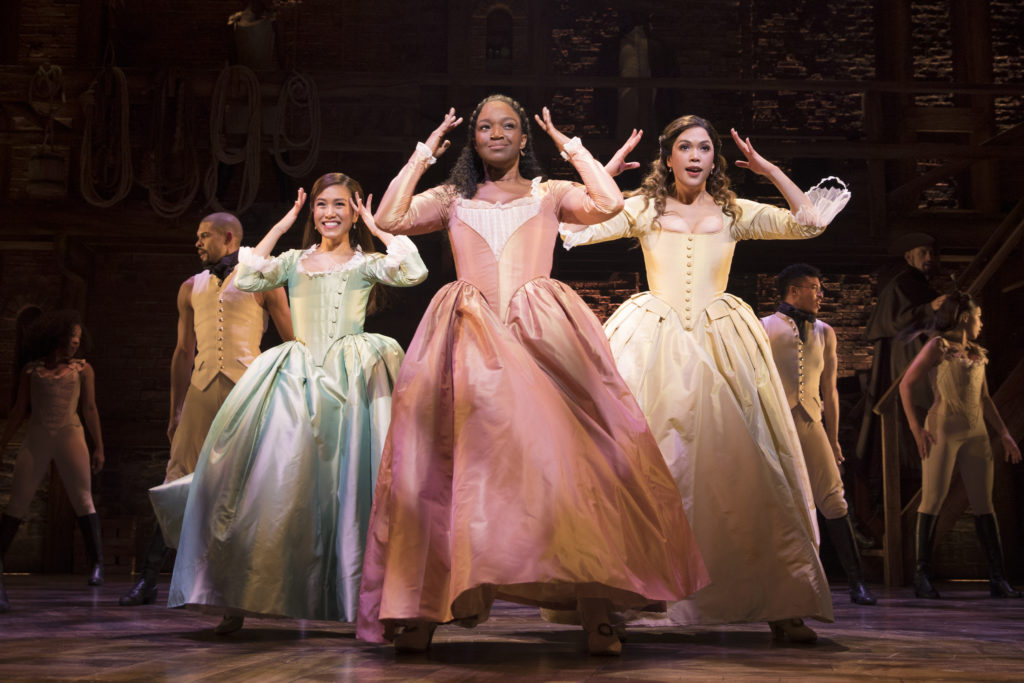 The title track for the sisters Schuyler has been described as a “pre-pre-feminism anthem”, and they’re right. These three women, both on stage and in real life centuries ago, pushed the boundaries of 18th century women’s rights. Angelica recognised her place in the patriarchal system, but knew how to work with it and hold her own whilst Elizabeth, Hamilton‘s wife played a hugely important part in forming the country as well as the musical.

Celebrate any of these great female roles and directors by going to the theatre and supporting them, you can find all tickets on TickX where you can compare ticket-sellers to get the cheapest prices available.